Popular Nigerian singer/rapper and activist, Falz, has urged Nigerian youths never to lose any focus ahead of the upcoming general elections in 2023, even as they demand justice for the victims of 20th October 2020 EndSARS protest, said that they must vote for people who are serious about justice.

The rapper joined thousands of other Nigerians in a staged memorial rally on Thursday, 20th October 2022, to mark the 2nd anniversary of the 20th October 2022 mass shooting at the Lekki Tollgate during the EndSARS protest.

A huge crowd on Thursday morning, walked across the Lekki Tollgate axis, singing dirge songs in remembrance of the victims. Others were carrying mock coffins in commemoration. Speaking to an Arise TV reporter, Falz called on Nigerian youths to vote for candidates who don’t joke with “matters of justice and human rights”.

He said “I think it’s important that the Nigerian youths also focus on the next election, to be able to usher in set of people who are serious about justice, the rule of law, what people want, and human rights”. 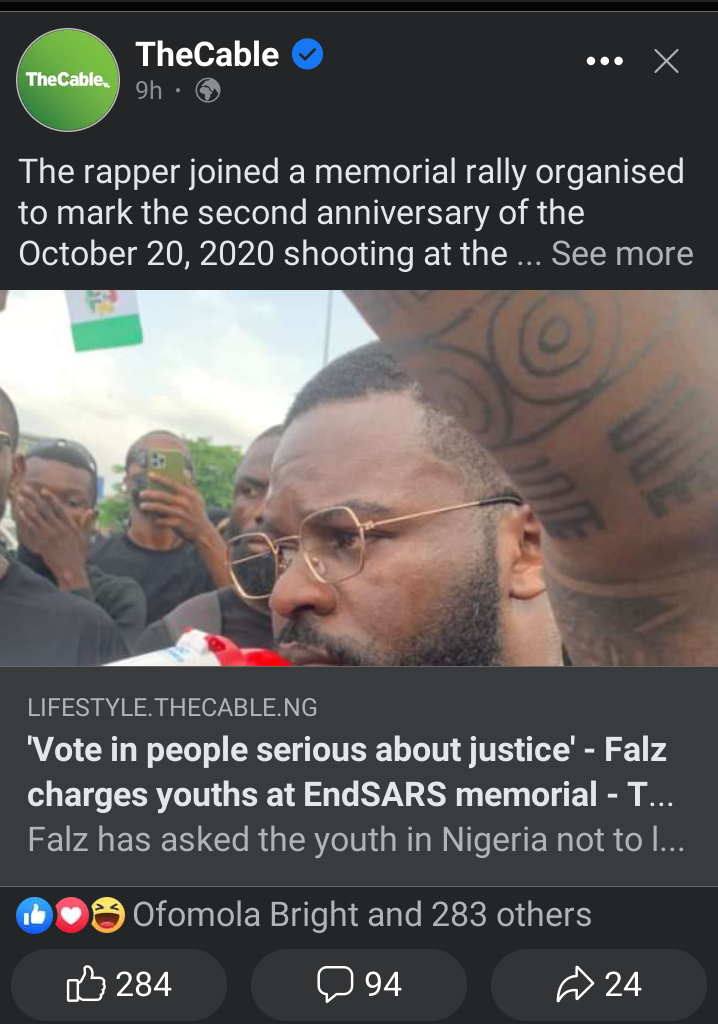