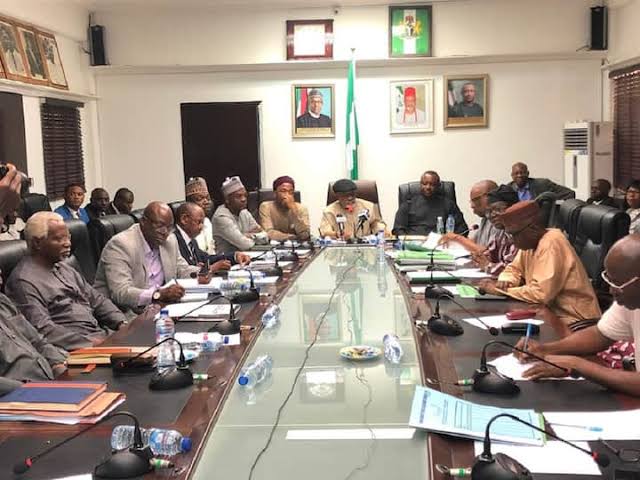 Not long after I checked into the departure lounge at the Nnamdi Azikiwe International Airport on 9th May, 2022, I spotted a popular former governor of Anambra State, As I got closer to him for a selfie, I realized he was on a phone call trying to resolve a matter.

He later walked away with an official towards a departure gate. It was after I reached my destination that I watched an already trending video of him speaking about the problem at the airport: a certain airline had delayed a flight overnight and on the following morning, planned to hold it further than re-scheduled, to the continued frustration of its passengers.

On enquiry, he was told by the airline official that it was a ‘normal’ problem. Refusing to be ‘smuggled’ away as a VIP, he waited and intervened in resolving the matter and the delayed flight took off with its passengers, without further delay.

The above incident underscores the danger associated with the normalization of problems in the Nigerian system. When there is a problem within a system or a process, it simply means that there is something wrong with it, which is likely to affect adversely its efficiency or effectiveness. It invariably implies that the removal of that problem will improve the wellbeing of that system or the output of its process. Problems are like an illness which if not prevented, should be resolved as soon as possible. As minute or abstract as some of them may appear, they all have the capacity to morph into bigger problems when ignored.

Normalization, in this sense, is a major fertilizer and breeder of problems. It entails accepting them as an integral part of the system or process.

See also  2 Current World Leaders Who Have Degrees In Law.

A normalized problem is like a chronic ailment in the system, not necessarily by its properties but due to lack of efforts or ability to remove it. It is not farfetched that when there are many normalized problems in a system, it suffers setback, breakdown or failure. In such a situation, the ills of the system apparently become its norms and values, sustaining its dysfunctional state – the trend takes a cultural dimension.

There are very many ‘normal’ problems existing in the Nigerian system, ranging from common incidents of Naira-note handshakes at checkpoints to such other recurring ailments as fuel scarcity, ASUU strike actions and epileptic electricity supply.

‘African time’ (an imaginary time-zone in the country that justifies delays and lateness) represents a good number of normalized attitudinal problems.

Normalisation of problems is also typified by the current trend of voter-buying in the electoral process of political parties, worthy of an elaborate mention, especially at this critical time in the nation’s electoral calendar.

In the near past, buying over of delegates in party primaries was a relatively secret activity but recently has gained bold publicity (and perhaps immunity) due to the level of acceptance it has enjoined as the surest ways for political aspirants to gain advantage over other contestants, in a system where the highest buyer carries the vote.

In fact, some political analysts in weighing the chances of a credible candidate winning in an election, would readily dismiss the person as unwilling or incapable of voter-buying and as such, not serious.

No matter how problems are normalized or institutionalized, it does not remove the damaging effect they have on the system.

See also  At Jam Venue Do I Need NIN To Sit For CBT?

For instance, a ruling class that rode into power with voter-buying, would hardly promote fairness or fight corruption sincerely; prolonged or recurring strike actions definitely take a heavy toll on the output of Nigeria’s educational and professional system; a recurring energy problem in the form of fuel scarcity or power outages has adverse effects on the productivity of the country’s economy. Cumulatively, the Nigerian system suffers a setback under the weight of these ‘normal’ problems, with a high probability of failure.

Normalisation of problems is not only a nest for them to hatch, live and fester in a system. It also does not allow innovation and development of the system to take place. Supposedly, problems (and the risk of them) trigger innovation and consequently, development. When normalised, problems beget problems such that the system stagnates or retrogresses.

The right attitude towards problems is therefore key in the development and sustenance of a functional system. Firstly, they must be seen as alien and detrimental to the system. That mindset will then provide the intent and impetus for innovation, solution, change and excellent in the system.

As Nigerians currently shop for leaders to man critical elective positions, it is imperative that emphasis is also placed on individuals who will provide this drive towards solving the numerous normalised or institutionalized problems bedeviling the country.